Hello everybody, sorry for the delay, but here is my final seasonal forecast for Northern America this coming winter. This sums up both my thoughts on Western & Eastern US, and will analyse them together.

Let’s try something a bit different, by reviewing a PNA Chart from the ECMWF, and later the UKMET.

ECMWF shows a positive PNA. This indicates Western US blocking, which reduces the snowfall chances for that half of the country. It also correlates with Eastern US troughing, so more snowfall for the Eastern US. 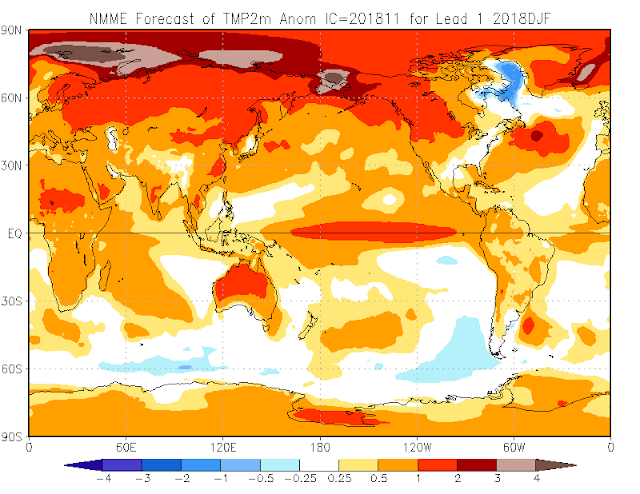 CFS (Courtesy of Kyle MacRitchie) shows from about mid December, a +PNA trend, which would bring more cold for the East, until the model run end in Mid February.

So the models are pretty unianimous in giving:

ENSO is currently neutral, according to the NOAA, with a 80% chance of El Niño developing in the Pacific. My current forecast is for a moderate (+1.0-+1.5) Central Pacific El Niño event (not strict Modoki, important to note). El Niño allows a number of things to occur:

The consensus is towards a El Niño in the Niño 3.4 sector from the IRI model consensus chart: 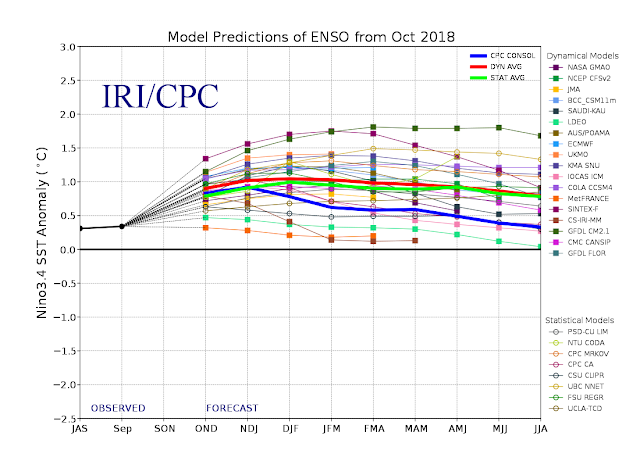 Atmospheric Angular Momentum (which can be demonstrated through it’s Global Wind Oscillation Phases) is often considered a larger part of the ENSO mechanism, and is the way it distributes it’s influence globally. My grand predictions for the AAM is +0.5 – +1.5, with the GWO fluctuating around Phases 5&6, occasionally coming around Phases 7 & 8, back in a cycle through a neutral GWO, to Phase 5. The EAMT (East Asia Mountain Torque) will be largely positive this winter, and I expect the North American Mountain Torque to be largely following through on the +EAMT, with a positive stage a week after typical +EAMT events. A +NAMT brings troughing to the West Coast, and higher heights to the Central and Eastern US. During these events, it will be the opportunity for the West Coast to rack up big snowfall totals. But beside these times, the balance will largely tip in the favour of the East. So watch out for a +EAMT and +NAMT (First post with monitoring links).

Here is the +1.0 +AAM composite just to demonstrate what it does to the atmosphere.

When the +AAM pushes upon the continent’s weather, it favours the Western US in terms of snowfall.

CFS shows the stratosphere (60N 10hPa wind) weaker than normal throughout the winter. This keeps a roughly -AO (more favourable for the Eastern US) setup going, although the likelihood of strong -AOs are less likely, because of a lack of SSW potential.

https://platform.twitter.com/widgets.jsEC Monthly from last month, shows potential for a relatively strong vortex through December, and then weakening through Jan & Feb, and then lingers through the Spring, potentially leading us towards a late season in North America. 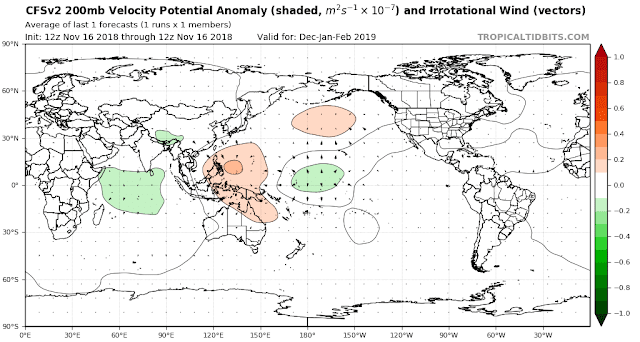 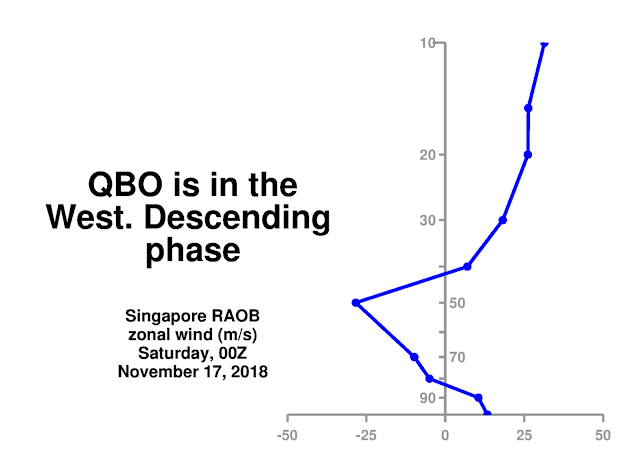 The QBO is currently transitioning from negative to positive, and the level of descent is currently between 40-50mb. I expect 50mb to be positive by Mid December. The levels of descent contradict each other, so by that, you would consider a neutral effect, although data does suggest positive descents do correlate with SSWs. I’d expect this effect to lower as the +QBO phase doesn’t favour SSWs.

Siberian Snow Cover finished about average in October, and continues to be roughly around that mark. This has a neutral effect on the Northern Hemisphere. 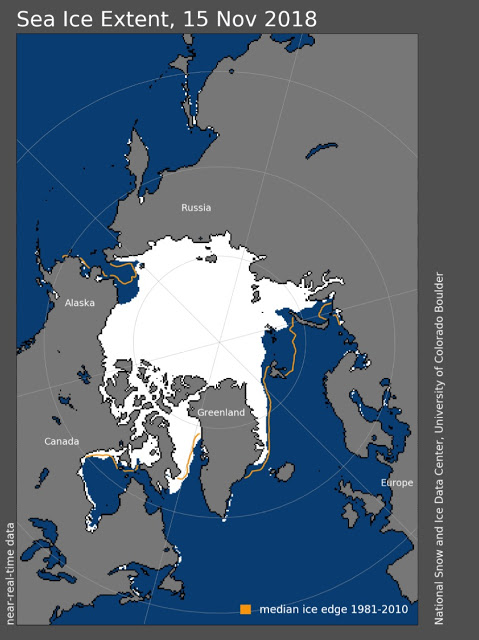 The North Pacific SSTs are largely warm, with likely -EPO ridging off the coasts of British Columbia and Alaska, and then further down the US Coast. But it is important to acknowledge the somewhat overlooked tripole in the North Pacific between the red (warm) to north, then white (neutral), then red to the south. These differentials could position the STJ into California, along with the +EAMT giving them a lot of snowfall. However the -EPO also supports troughing in the Eastern US, bringing more snowfall towards there.

We are nearing the solar minimum, so it correlates with a -AO, or more troughing/snowfall for the Eastern US.

This is because of a:

Disclaimer: Seasonal outlooks tend to have bias and errors, due to the fact that these forecasts are so far out. So don’t use these outlooks to make important decisions. These outlooks are meant to be interesting information, that can help to see what the season might be like.

Okay, that is an another seasonal forecasting season done for another winter. Get ready for the long term outlooks! For now, thanks for reading this North American winter outlook, I’d appreciate a follow on Twitter @longrangesnow and a subscribe to my email list by clicking on the tab on the main header above.